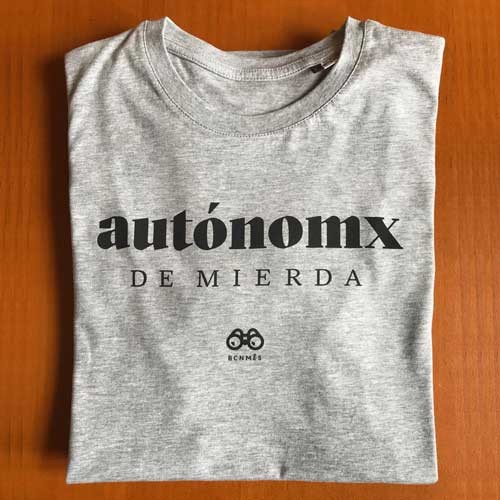 Sustainable fashion to save the planet

Tic, tac, tic, tac… Every second that passes, an amount of tissue equivalent to a garbage truck is burned or buried. Tic, tac… They are needed 7.500 liters of water to produce your jeans. Tac. Tac. Tac. You already thought so, ecofriendly, if you can "dress" in peace?

We know the fashion industry, or rather thefast fashion (which would become the McDonalds of thehigh fashion), it is the second most polluting industry on the planet, only surpassed by oil. In this new stage in which we have become ecologically aware (who has not thought, joke mig, half in truth, by carrying out an unsustainable action “in theGreta Thunberg he wouldn't like that ”), New environmentally friendly initiatives have also begun to emerge in the sector. The time has come for sustainable fashion.

An example of this new wave isslow fashion. The basic characteristics that the pieces must have to fall into this category are: ethical and sustainable designs, promote trade and fair wages for workers in the sector, eliminate substances harmful to health (as advocateGreenpeace in his campaignDetox), produce under environmental standards and ensure decent working conditions.

The main brandsmainstream fashion do not currently adhere to these precepts. Water contaminated by chemicals (as can be seen in the documentaryWatermark of the filmmakersJennifer Baichwal iEdward Burtynsky), outsourcing production under semi-slavery working conditions and use of toxic substances, especially in dyes.https://www.youtube.com/embed/5Yvu7-iP7gY?autoplay=0&enablejsapi=1&wmode=opaque

The 2013 the collapse of the textile complexfrog square in Bangladesh ended the life of 1.300 people, but it also opened the eyes to the inhumane working conditions that the fashion industry was promoting - in Rana Plaza, which manufactured products for companies such asPrimark, the workers were paid 28 euros per day.

Despite this awakening of consciousness, There is still a great deal of ignorance about the impact that the textile sector has on the environment. We don’t know which fantastic shirt we just bought to be the mostin it will take centuries to decompose. Not even the pair of shoes we buy as if we were Carrie Bradshaw herselfhave generated 23 kg of Co2 during its manufacture.

If we keep up the pace, waste generation will increase more than 50% l’any 2030 and with these perspectives, there will not be Sustainable Development Goals that are met. For that, l’European Environment Agency urges thefast fashion to stimulate a circular economy model: take advantage of resources by giving new life to the pieces.